Hello, friends! We’ve gotten to chapter six in Thomas Armstrong’s Neurodiversity in the Classroom. This one is about students with emotional and behavioural disorders.

This chapter was a challenge for me because there are just so many various emotional and behavioural disorders that to lump them all together in one small chapter is no small feat.

Indeed, Armstrong gives us as much information as he can in such a restrictive setting, but there’s still so much to read about and explore. 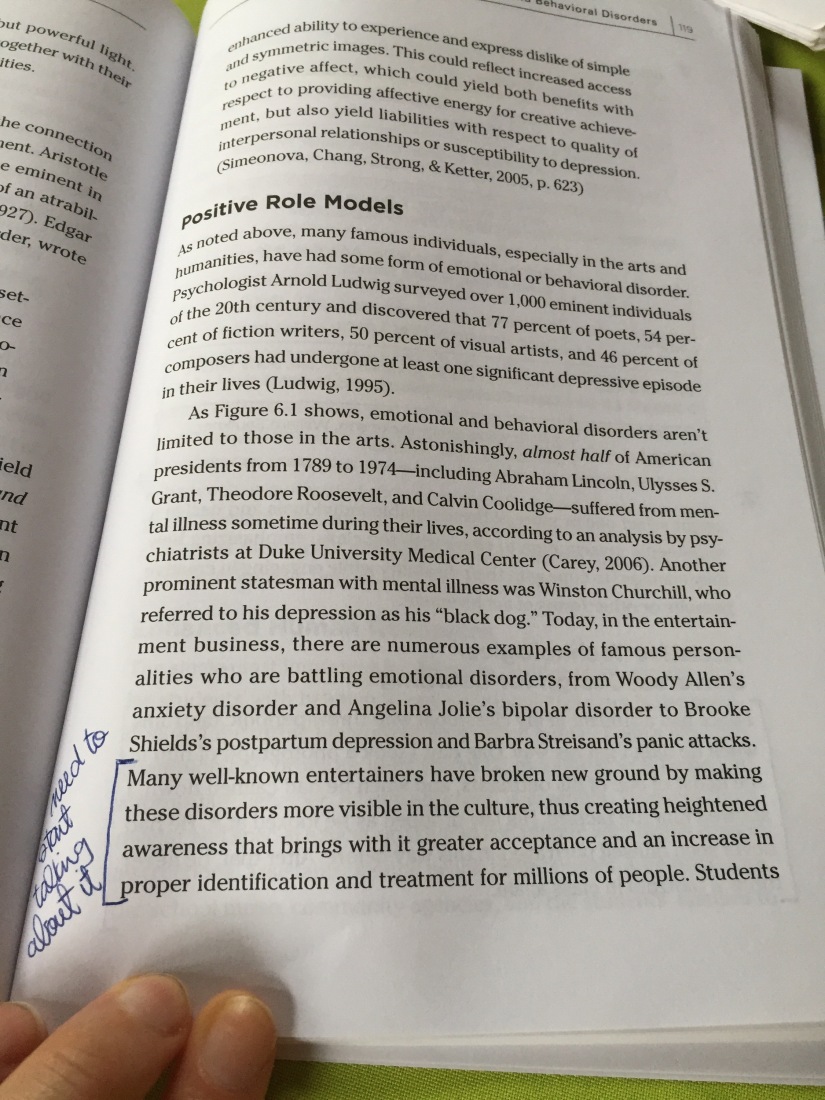 Because emotional and behavioural disorders are so difficult to identify, discuss, and (often) to treat, a staggering number of students drop out and those who do find employment find it difficult to hold onto a job.

I have worked with several students with behavioural disorders and I can say that one major thing I notice that helps above all others is positive human interaction, wether it’s with a teacher, administrator, aid, etc. Unfortunately, due to the vast amounts of emotional disorders and their various components, I don’t feel knowledgeable enough to speak to them, though my gut tells me that positive human interaction is probably just as helpful for those individuals. 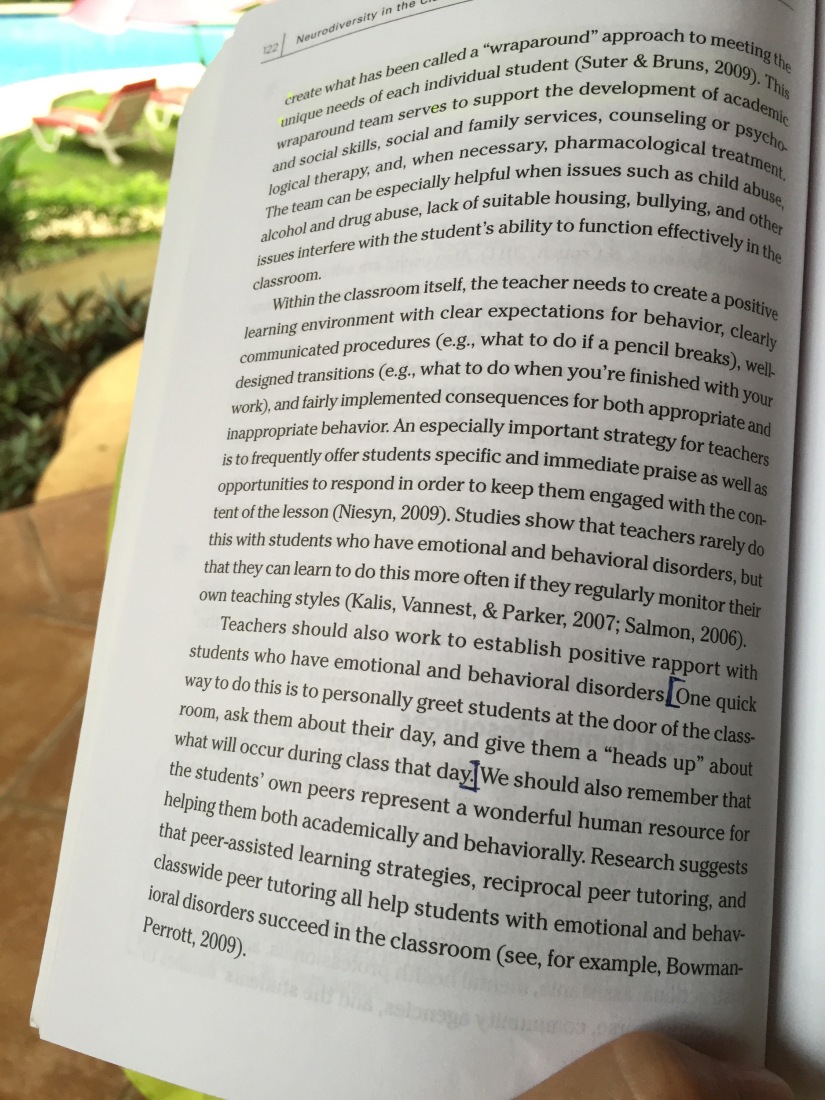 As I mentioned previously, I felt that Armstrong did what he could in this chapter, but still only touched vey lightly on the vast world of emotional and behavioural disorders. Still, it was informative and helpful in a broad and general sense and I will definitely be able to pull out advice for my own use in the classroom.

If you’re interested in the book, here is a link to it on Amazon. We’re almost at the end, folks! Chapter seven is coming up, happy reading!